It was during the weeks leading up to the 2017 General Election that I became aware of Keith Allen’s magnificent political graffiti attached to the wall of flying buttresses, which are the support walls of the Marshall Rooms. His statement was an angry diatribe against David Cameron and the Tory Party .The effect on me was immediate. It was the day before Election Day and I had some off cuts of 15 mm plywood and a pot of lovely red paint. I was on the case… I cut out the 4 letters V O T E in the style of the the HOLLYWOOD sign.

Each letter was 28 cm high and painted. The 5 upright support posts were donated by a member of the construction crew working on Keith Allen’s new club. I worked long and late and only managed to complete and install the still drying letters at midday of Election Day. I was so intent on finishing it, that I clean forgot to vote myself, but I did win 1st prize in the Hypocrite of the Year Award. I added on a second board the name Noah. 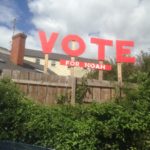 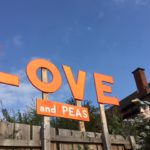 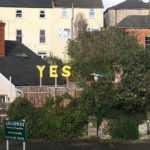 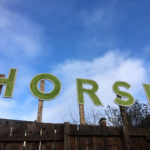 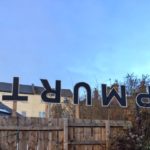 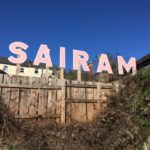 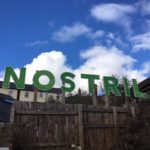 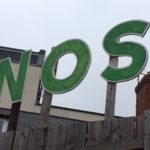 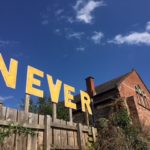 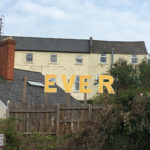 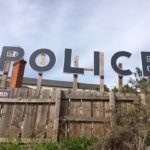 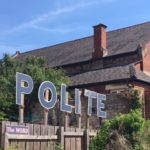 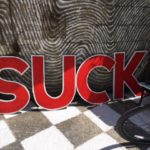 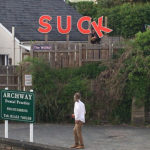 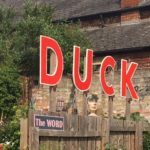 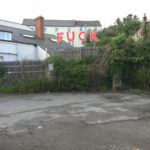 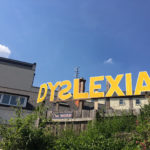 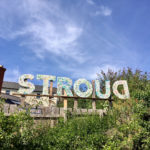 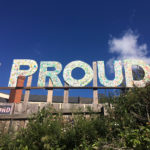 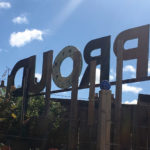 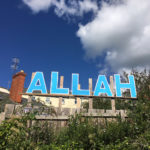 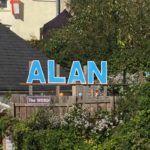